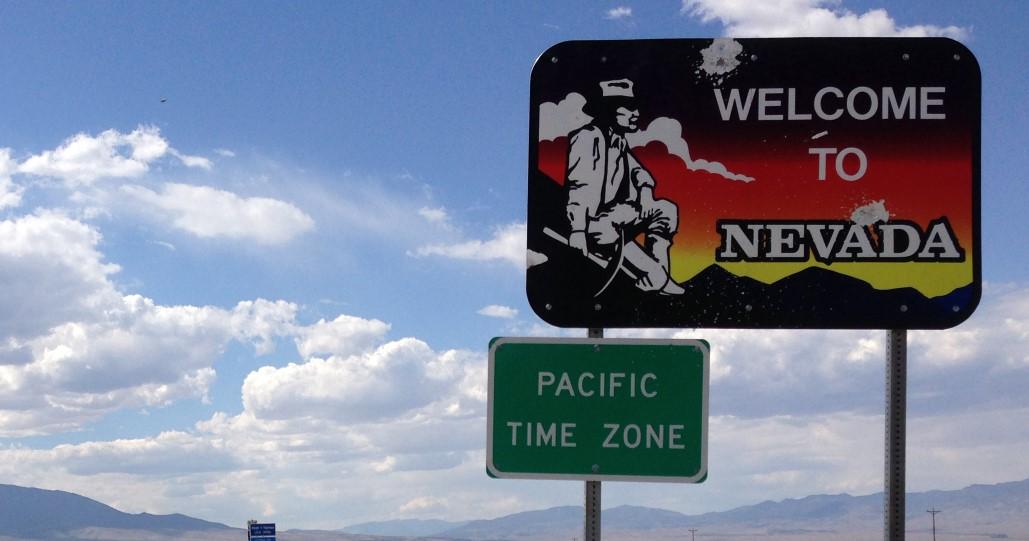 The Borders Between US States Are Obsolete

In recent years, we’ve seen the issue of changing US state borders come up repeatedly. For example, activists in some Colorado counties in 2013 proposed breaking off to form a new state. Since 2021, a similar idea has persisted in having Weld County, Colorado join the State of Wyoming. In 2016, California activists sought a vote on splitting the enormous state into 6 states. It failed to get enough signatures, but in 2018, a similar proposal for 3 new states did get enough signatures. A statewide vote was only avoided because the State Supreme Court panicked and pulled the measure form the ballot with little legal justification.

This year, voters in San Bernardino County in California approved a proposal to “study” secession as a first step in separation. Meanwhile, in Oregon, voters in 11 counties have voted to direct county officials to pursue “relocation of the state border.” In Illinois, activists in Madison County (near St. Louis) have led an effort in which voters in three counties have voted to “explore” secession from Illinois.

When activists propose changes to the current boundaries of US member states, a common reaction from supporters of the political status quo is to scoff. “Not gonna happen” is what they often say, and it’s assumed that such measures are both impractical and unnecessary. As usual, we’re told that “democracy” will somehow magically solve any conflicts that have been growing between the states’ metropolitan cores and their distant, outlying frontiers far from the seats of power.

The knee jerk opposition we so often encounter to such measures is rather odd given that the nation’s current state borders were drawn, in most cases, well over a century ago. In many cases state boundaries were drawn more than two centuries ago. During that time, changes in migration, demographics, and political institutions have re-drawn the political landscape in a myriad of ways. Nonetheless, state boundaries are often treated as if they were created by the hand of the Almighty, and that it would be an unspeakably radical move to simply allow modern state boundaries to reflect modern demographics and populations.

This policy of clinging to the lines on a map drawn many decades ago is a recipe for political conflict and resentment.

Functional obsolescence occurs when a something no longer serves the function for which it was originally designed. For example, a bridge can become functionally obsolete when it becomes too narrow or too weak to support the types of new vehicles most people now drive. A canal can become functionally obsolete when it is too narrow to allow passage for the types of ships preferred by merchants. Historically, houses could also fall prey to similar problems. For example, a home with asbestos, ancient wiring, or a coal furnace no longer is compatible with modern needs and realities.

Such is the case with many state boundaries as drawn decades or centuries ago. After all, we can see the arbitrary nature of state boundaries out west where many boundaries are simply straight lines drawn by committees. For example, when Colorado residents sought to form a separate territory—which would later become a state—the mapmakers more or less just drew a big trapezoid around the Denver area. Much of the boundary between California and Nevada is similarly arbitrary. And, of course, the state lines that are also international borders—such as the border between Arizona and Mexico—is simply the product of a treaty born out the US’s brutal war of conquest against the Mexicans.

These lines, however, endured without much controversy for decades because so much of the Western US was so sparsely populated for so long. Populations tended to be small, agricultural, and driven by similar economic interests. Moreover, small populations often tend to have less diversity, and when Colorado was added to the Union in 1876—for instance—it had fewer than 150,000 people. When Idaho became a state in 1890, it has fewer than 90,000 people. California, when it became a state, had fewer than 100,000 people spread over 163,000 square miles.

These populations in the nineteenth century were also spread out more evenly within states. When the borders of most western states were drawn—when they were territories and not even yet states—only a handful of areas had population densities above 18 people per mile. Most areas had far fewer than that. After the twentieth century, began, however, inequalities in population density took off. Some counties reached densities well over 50 people per square mile while many other counties at this time continued to have agricultural populations with densities below 5 people per square mile. The divergence has only grown since then, and this has fueled political conflict as populations became less uniform.

Critics often framed this a matter of rural areas having “disproportionate political power.” That, of course, was the idea. The goal was to provide a means for populations outside the urban centers to veto especially objectionable legislation at the state capital. This could been seen in very large differences in the size of legislative districts. In Nevada, Idaho, and Utah, for example, some districts had populations that were more than 50 or 100 times the size of other districts. This meant some agricultural districts with only a few hundred people might enjoy their own state senator, equalizing their representation with a state senator from an urban district with 10 times as many people. This served an anti-majoritarian function similar to that seen in the US senate today.

This system was swept away in 1964 by the Warren Court (in Reynolds v. Sims), however, when it ruled that all legislatures must be apportioned in line with a one-man-one-vote principal. This means all legislative districts within the states have to be roughly the same size in terms of population. This has turned the state senates into nothing other than smaller versions of each state’s house of representatives. (The US Senate’s two-per-state scheme survived only because the chamber’s make-up is so explicitly stated in the US constitution.)

Since then, regional populations that may be economically or demographically unlike the major population centers have had few ways to be heard in state governments. This has accelerated conflict between state metros and the periphery in each state.

What is the Answer?

Unless state governments are willing to press the issue in federal courts of returning to representation based on factors other than population, the only reasonable solution is to redraw state boundaries to better reflect demographic and ideological realities.

This is hardly a novel idea, given that the classical liberals of the nineteenth and early twentieth century recognized that it only makes sense to change political boundaries as populations changed. This idea can be seen in the work of Ludwig von Mises who recognized that if populations are to enjoy rights of “self-determination” they cannot be locked into any particular political association by immovable borders. For Mises, self-determination means populations ought to be able to vote for themselves as to which government they will live under. This could be done at the regional level or even down to the village level. These preferences will change over time as the realities of local economic and cultural conditions change. In his examination of Mises’s views of nationalism and migration, Joseph Salerno notes that Mises advocated for “the continual redrawing of state [by which Mises meant a national state] boundaries in accordance with the right of self-determination and the nationality principle.” In this scheme, Salerno concludes, “the borders of states would move with the migration of peoples and nations.” Activists seeking to re-draw state boundaries are far less radical than this. They’ not even seeking to change any national boundaries that might have repercussions to global trade or geopolitics. The size or shape of the United States as a political entity wouldn’t change. Yet, the opposition to the idea of changing these arbitrary lines is quite feverish, indeed.

It’s been more than 150 years since most state boundaries were drawn on the US map. That’s an eternity in political terms as can seen by consulting a map of Europe or Asia from 150 years ago. Since then, factors such as domestic migration, foreign immigration, urbanization, industrialization, and the rise of the federal welfare state have enormously changed population and settlement patterns across most states. The idea that today’s state lines drawn so long ago represent the “correct” borders should be regarded as absurd and obsolete.

Notes from the Digital Gulag