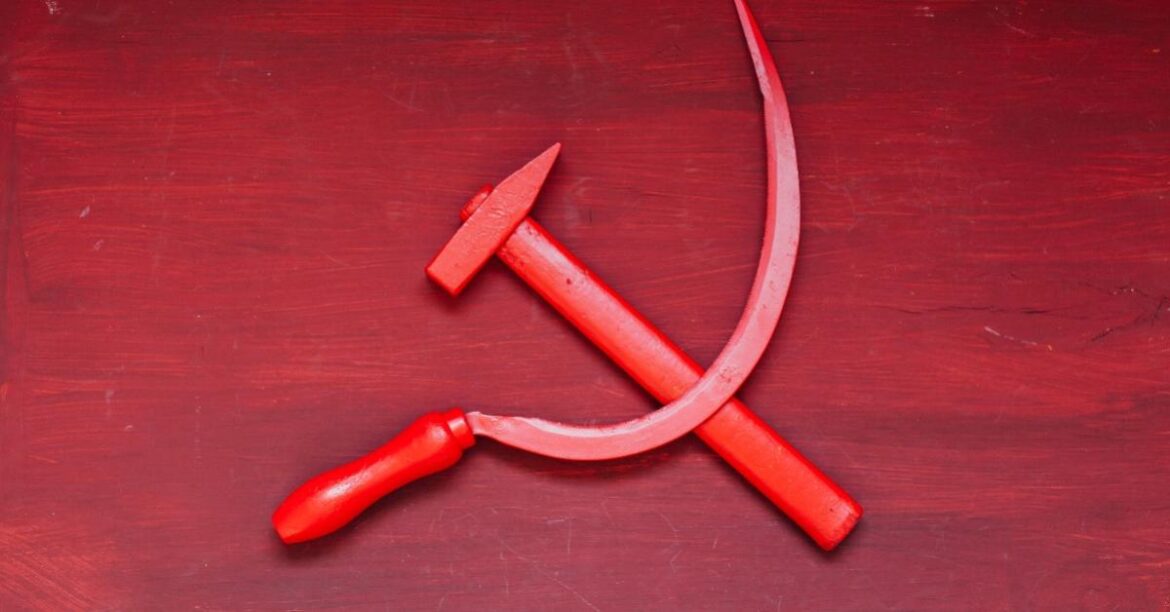 How Marxism Abuses Ethics and Science to Deceive Its Followers

In his 1922 book on socialism, Die Gemeinwirtschaft, Ludwig von Mises attributes socialism’s attractiveness to the claim that Marx’s doctrine would be both ethical and scientific. In truth, however, Marxism represents a metaphysical dogma that promises an earthly paradise yet threatens civilization itself.

Thesis of the Inevitability of Socialism

Marxism explains that immoral capitalist economies will necessarily be replaced by socialist systems that meet higher moral standards. Socialism promises to do away with the irrational private economic order and install a rational, planned economy. Socialists proclaim that hierarchical capitalist production will give way to a cooperative order without subordination:

Socialism appears as a goal towards which we have to strive because it is moral and because it is reasonable. It is a question of overcoming the resistance that ignorance and the ill will oppose to its coming.

Along with this treacherous combination of ethics and science comes the assertion that socialism is inevitable. Marx declares that communism’s arrival represents the end of history and the reward for all historical strife. Socialists believe that “a dark power, which we cannot escape, is gradually leading mankind to higher forms of social and moral existence. History is a progressive process of purification, at the end of which stands socialism as perfection.”

Karl Marx called his approach the “materialistic conception of history.” His theory asserts that socialism is the inescapable result of natural forces. Marx’s historical materialism entails several meaningful components. First, it refers to a specific methodology of historical-sociological research that aims at determining the overall social structure of historical epochs. Second, as a sociological doctrine, historical materialism includes the thesis that class struggle is the determining historical force. Finally, the Marxist historical perspective is a theory of progress that encompasses the purpose and goal of human life.

By asserting the scientific inescapability of a coming socialist system, the practical effectiveness of historical materialism unfolds. If socialism is the positive outcome of human civilization, all real and imagined critics of socialism are reactionaries. Therefore, the fight against the adversaries of socialism is an ethical fight. Socialism’s critics must be branded reactionaries because they block the path to paradise. In the eyes of Marx and his followers, fighting against socialism is particularly evil because of its superfluous nature. Socialism will win regardless; therefore, any opposition to the final victory would only prolong the deprivation of the working class under capitalism and delay the advent of the socialist paradise.

As Mises explains, few assertions have promoted the spread of socialist ideas more than the belief in the inevitability of socialism. Even socialism’s opponents have fallen under the spell of this doctrine. They often feel paralyzed by the perceived uselessness of resistance. The “educated,” particularly, tend to fear being perceived as old-fashioned when they do not champion the social and political progress socialism claims to represent. Mises observed this in his time, and little has changed since then. Public opinion increasingly labels classic liberals (those favoring private property and individual freedom) as reactionaries and assumes that more socialism means more progress.

Although the idea that certain historical developments are inevitable is clearly metaphysical, it fascinates people to this day. Few can escape the spell of chiliasm with its religious promise of salvation. Yet cut from its religious roots, the Marxist promise of peace and prosperity under socialism becomes an incitement to political revolution. With this political turn, Marx reinterprets the Jewish-Christian eschatological expectation of salvation. In tune with eighteenth-century rationalists and nineteenth-century materialists, Marxism secularizes the event of salvation as a global sociopolitical revolution. In Marxism,the philosophical, anthropocentric metaphysics of historical development is essentially the same as the religious one. The strange mixture of ecstatically extravagant imagination and everyday sobriety, as well as the grossly materialistic content of its proclamation of salvation, has it in common with the oldest messianic prophecies.

As long as socialism is viewed as both scientific and metaphysical, its chiliastic claim to salvation will remain immune to rational critique. Therefore, it is pointless to deal with Marxism rationally or scientifically. Socialism’s critics unsuccessfully attempt to fight against socialism’s mystical beliefs: “One cannot teach fanatics,” writes Mises.

Marxist political propaganda concerns the creeds that socialism is more productive, morally superior, and inevitable. As such, Marxism goes beyond chiliasm and justifies its teachings as a “science.” Marxism is opposed to free trade and private property. The socialists claim that the market economy is individualistic and thereby antisocial; although, nothing could be further from the truth. Marxism falsely claims that capitalism atomizes the social body. As Mises points out, the opposite is true because markets are inherently social phenomena:

It is only the division of labor that creates social ties, it is the ultimate social thing. Those who stand up for national and state economies seek to subvert the universal society. Anyone who seeks to destroy the social division of labor amongst the people through class struggle is antisocial.

Marxism claims to be a social philosophy, yet it opposes insights into the cooperative nature of liberal capitalism. On the contrary, Marxism is antisocial. Mises warns us “the demise of the liberal society based on the free-market division of labor would represent a world catastrophe that cannot even be remotely compared to anything in known history. No nation would be spared from this.” Despite the absurdity of reducing history to class struggle, Marxism has had a tremendous impact on politics that continues to this day.

Mises published Die Gemeinwirtschaft more than a hundred years ago, and the failures of socialism are even more evident today. The Soviet Union’s breakdown has already shown that communism delivers the opposite of what it promises. While early socialists believed that there would be higher productivity in a classless society than in a society based on private property, the Soviet revolutionary leader, Vladimir Lenin, had to admit shortly after the establishment of Soviet Russia that the dictatorship of the proletariat had brought greater suffering than had ever been known in history; and that the task ahead would be the just distribution of misery.

Socialism has failed in its promises. This doctrine has been refuted both in practice and in theory. Had the socialists heeded Mises’s arguments, they would have also been spared the consequences of agricultural collectivization. The Holodomor or Great Famine of the early 1930s, with its millions of deaths, was the consequence of this socialist error. They believed they could increase productivity while abolishing property rights and collectivizing agriculture. They were terribly wrong.

Despite the horrendous legacy of socialism, anticapitalist movements show up time and again. Thus, Mises warns, the highly productive division of labor, which has experienced its greatest achievement in capitalism, will always remain endangered. Anticultural tendencies grow within capitalist society itself. One must be aware that every civilization risks succumbing to the spirit of decomposition that descends on societies where socialist movements succeed.

How Christmas Became a Holiday for Children