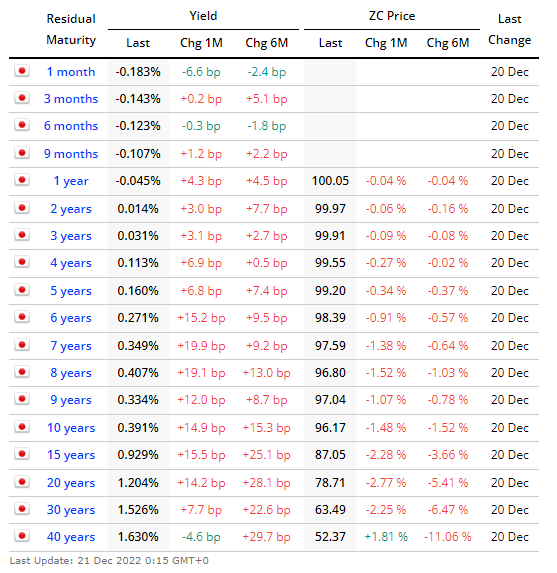 CADJPY: A new 2022 low ahead of the Canadian CPI release

Yesterday, the Bank of Japan unexpectedly tweaked its yield curve control (YCC) policy, raising its target for 10-year bond yields to 0.5% (previously 0.25%). The move reflects the central bank’s move towards policy normalisation, while also testing the market’s reaction to its exit from ultra-easy policy. The central bank later said that it was “only fine-tuning rather than withdrawing stimulus” and that it would “still increase the size of its bond purchases significantly”, but this still did not stop the market from whipping up a wave of volatility. In short, when the Bank of Japan is no longer as dovish as before, the spread between the Dollar and the Yen could narrow, and the appreciation of the yen will attract foreign capital back to Japan. By yesterday’s close, USDJPY suffered a short sell-off, plunging more than 5% from an intra-day high of 137.47 to close at 131.69, close to a 4-month low. Its one-day sell-off also exceeded the level seen on November 10 (-4.57%). In today’s Asian session, Goldman Sachs expects that the Bank of Japan’s next move could be to abandon negative interest rates. Naohiko Baba, chief economist and managing director of the bank’s Japan division, further noted that “the removal of negative interest rates would enhance the sustainability of the BoJ’s yield curve control policy”. Later today, the market will see the Canadian CPI data for November. The market is expecting the data to register 0% YoY and 0.7% previously. If the data performs as expected, this will be a new low since August. Year-on-year, the data is expected to slip to March this year’s level of 6.7%, compared to the previous value of 6.9%. The slowdown in inflation data may also be unfavorable to Canadian dollar bulls in the short term. From a technical point of view, the daily chart shows the CADJPY extending its losses and testing the 97 area after the news was released. A break below this area would likely extend the market sell-off and push the pair to the next support at 94. On the other hand, a technical rally would require attention to the key resistance at 99.80-100 (which is FR 50.0% of the highs extended from the lows seen this year) and 102.50.

Why the US Regime Allows Self-Determination for Foreigners, but not for Americans