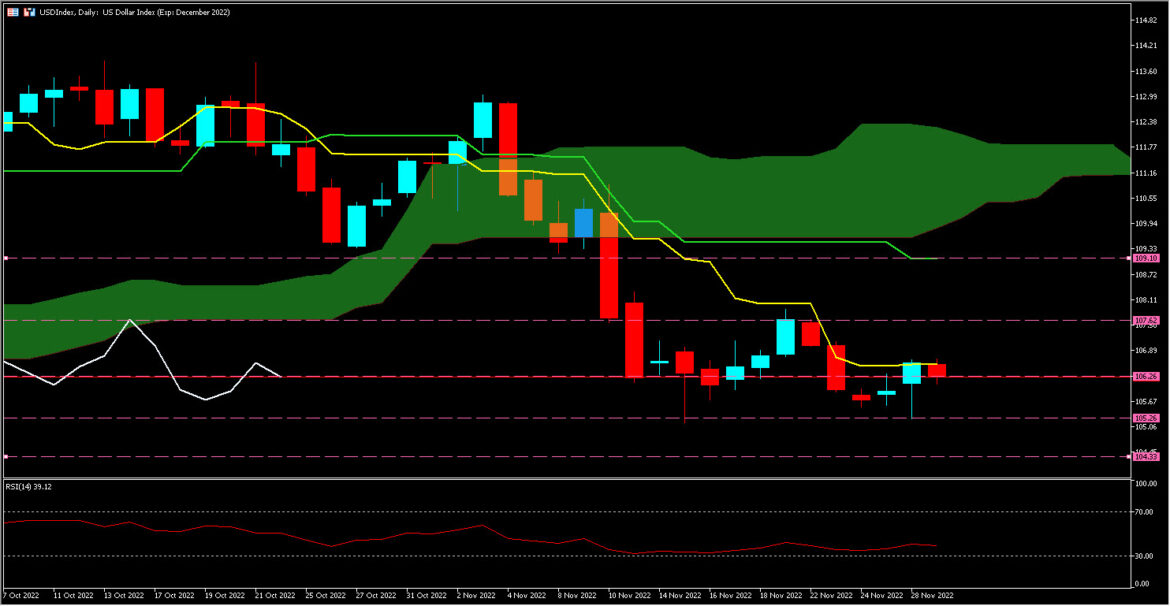 The world of cryptocurrencies is living a year that will remain engraved in the memories, with a series of dark signs that have undermined the confidence of investors (Luna, FTX) and the change in monetary policy of the US Federal Reserve, which to fight against inflation has operated an extremely aggressive rate hike, causing a tense flow in favour of the safe haven that is the Dollar, with the USDIndex currently around the 106.00 level. The Fed’s stated objective is to bring inflation down to 2%, and to do this it has not hesitated to raise rates by 0.75 basis points, four times in a row. This action has caused inflation to fall from a peak of 9.1% in June to 7.7% by October 2022, but has not steepened the yield curve which remains deeply inverted, particularly the 2 and 10 year, a phenomenon which generally indicates a coming recession. The market expects a slowdown in the rate hike of +50 bps on December 14 2022, At the November 1-2 meeting a majority of members of the US Central Bank pronounced themselves in favour of a slowdown in the pace of interest rate increases, however this morning voices of Fed officials are raised in favor of a rate hike, including John Williams, president of the New York Federal Reserve, who said on Monday that he expects inflation to fall, while stressing that core inflation, especially in a booming labour market causing “rapid” wage growth, is the most difficult to combat. (see chart below). “Inflation is far too high, and persistently high inflation undermines the ability of our economy to reach its full potential,” Williams said. Williams, the New York Fed president,  expects the core PCE index to slow from 5.1% to 3%; 3.5% in 2023, driven by reduced supply chain disruptions and slower global growth, the latter of which is expected to push the unemployment rate to between 4.5% and 5% by the end of next year, Williams said. A slowdown by the US Central Bank, does little to reassure investors in cryptocurrencies and so-called risky assets, especially at a time when global growth is on the brink and China is struggling with an economy shaken by the return of COVID. The BTC price is currently at the $16405 level below its KIJUN (Lv) and Tenkan (Lj) clouds; the Lagging Span (Lb) is below the cloud and its peers clearly meaning that it is in a bearish momentum. This pullback could lead the price to its lowest level at $13914, and if it is broken, it could reach its support at the $9903 level. On the other hand, if the price rises again, it could reach $23915. The ETH price is currently at the $1204 level below its KIJUN cloud (Lv) and is above its Tenkan (Lj); the Lagging Span (Lb) is below the cloud and its peers meaning hesitation. The price could reach its first support at $1064 if broken it could reach the $908 level a second time. On the other hand, if the price goes up again, it could reach $1374.